Well it’s been a busy week or so since starting my new job so between that and the permanent grey sky that seems to have been installed over Epsom, I’ve had little chance to take any photos.

But all is not lost.

On Sunday I went the the Checkatrade Trophy Final between Lincoln City and Shrewsbury Town at Wembley. Two of my siblings were born in Lincoln and keep an eye out for their results so seeing as this was the football clubs first ever trip to Wembley it was only right to go along and support them – I have seen them play once before at Sincil Bank so I wasn’t a complete fraud.

Now obviously I couldn’t take my camera but I did have my phone on me so for the first time on my blog I’m featuring some phone pics.

First though, one from my brother.

I forgot to take any selfies (not really my thing) but handily Tom was in a selfie taking mood so here’s his photo of him and Pete with me behind them and Wembley in the distance, 08/04/2018

I only remembered that I ought to take some photos for this weeks challenge during the game so I have one snap of the Lincoln fans shortly after scoring and one of them as the final whistle blew. 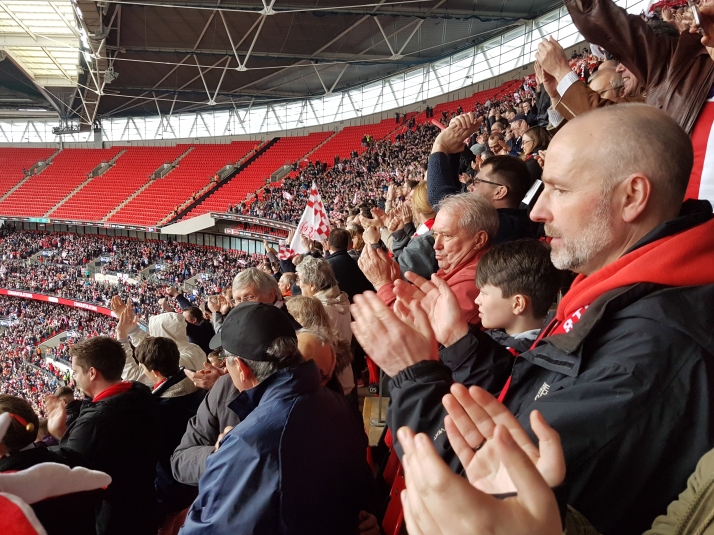 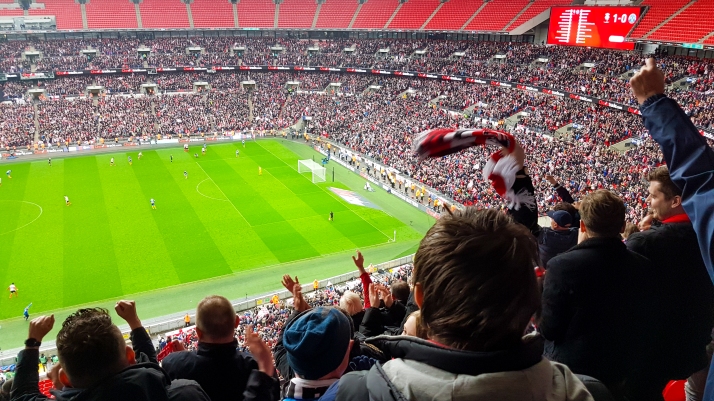 Yes I know the photos are mostly of the back of people’s heads but as Lincoln won as it was Smile‘s all around!

Fine, I’ll find an old photo with a smile – this one of Oscar should do nicely.