The Elgin Marbles on display in the British Museum

So straight in with the British Museum. Seb and my parents had come up to visit and, seeing as Seb hasn’t had much of a chance to look around London, we headed off to a museum. Not the Natural History Museum this time though – the Circle and District lines being closed put pay to that idea.

The Elgin Marbles are housed within a wonderful gallery at one end of the museum. Now, it’s not my place to comment on the controversy surrounding this display (there seems to be very little that isn’t controversial anymore) but what I can say is that I certainly appreciated seeing these incredible sculptures and I would recommend a visit. 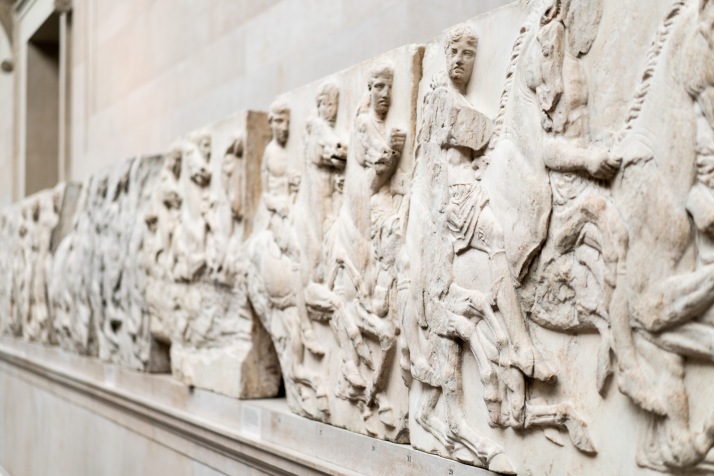 I’m not going to prattle on for ages about the statues and their history – partially because it’s more interesting to go and see them and learn about them in situ and partially because I forgot to photograph the information panels again. Anyway, I blame dad for distracting me.

One last image from the British Museum before heading off to Guildford. 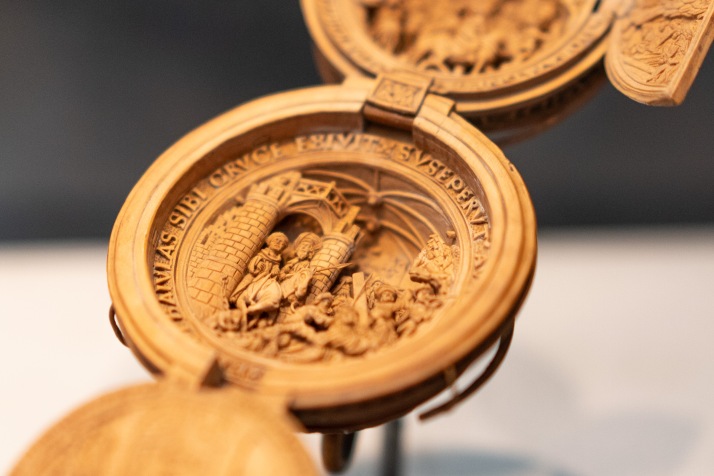 I’ve mentioned before on this blog just how incredible I think the carved boxwood prayer nuts in the Waddesdon Bequest are, but that won’t stop me from doing it again and this time I took some photos! I really cannot get my head around the carvings on the prayer nut – they’re just TOO good. I’m not convinced it’s replicable even with CAD. Here’s a link to the British Museum’s page on the item with loads of photos – you can zoom in on the first one and explore the details. Being picky, I’d still like a better resolution macro shot of the prayer nut. As such, I am happy to volunteer my services to take said macro shot – I just need to source a macro lens first!

So that wraps up the afternoon in London – on to Guildford we go.

Well it's been a few weeks since the last update, Happy New Year all! Rufus has continued to grow and is now a fair old size. He pulls like a bugger now, hence the harness. Rumours of snow on the horizon so fingers crossed for that! Wonder what Rufus will make of it..
Follow We Have It In Writing on WordPress.com