There have been some fairly major delays in writing the second part of this post but luckily I’d uploaded all the pics to WordPress when I started writing so I can still access them – no time stamps unfortunately though as I don’t have access to the original files at the moment.

Anyway where was I? 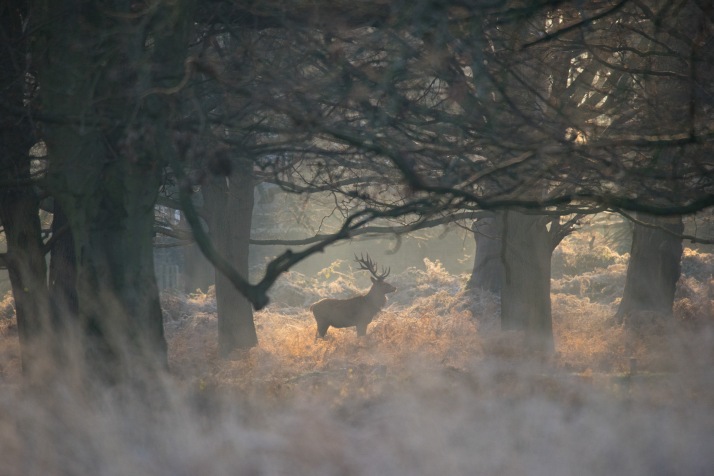 Through my wanderings I’d ended up down near Robin Hood gate and, seeing as how everyone else seemed to be helping themselves to breakfast, had decided to head back up towards Pen Ponds café to see if I could get a snack and maybe even a cup of tea. I was scouting around while walking towards Martin’s Pond when way off to my left I spotted a stag (I like to think it’s grumpy) slightly silhouetted and surrounded by soft, pastel colours.

He only stood side on for a couple of seconds before having a nice long lie down so thankfully I managed to get this one correctly exposed and in focus!

Obviously I took a few more of him lieing down but they didn’t work as well – I apparently didn’t upload those so this one is all you’re getting!

Rather inconsiderately a couple of young stags had decided that my breakfast could wait as they put on a short practice rut. I think it ended amicably as they seemed to stop for applause at the end – I made a couple of ‘clicky’ sounds at them with the camera so hopefully that sufficed.

A final small herd was all that stood now between me and my breakfast again the light and subjects won out. 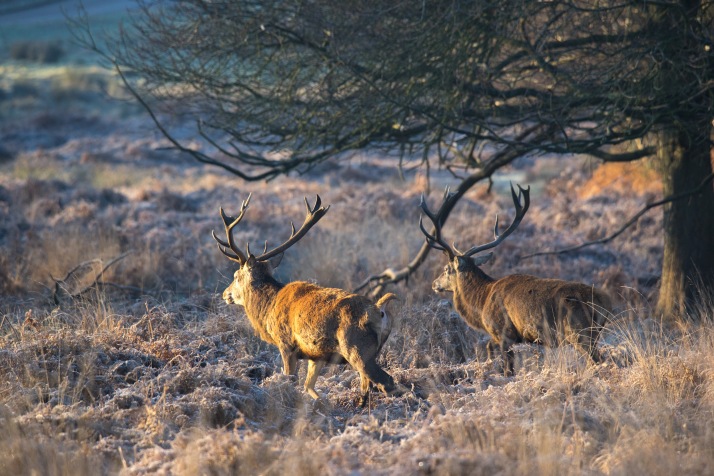 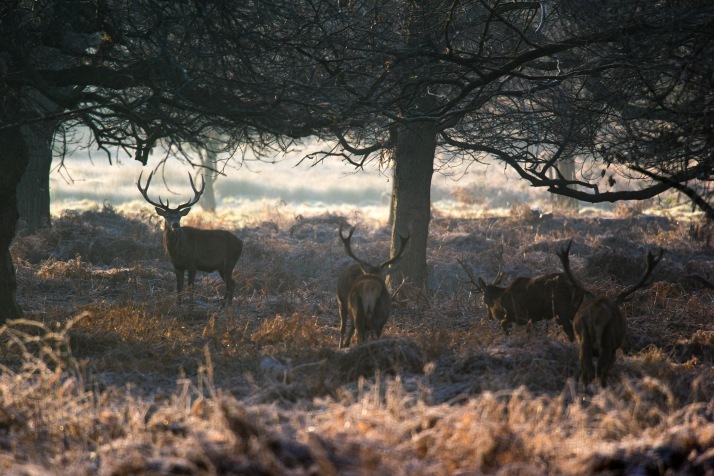 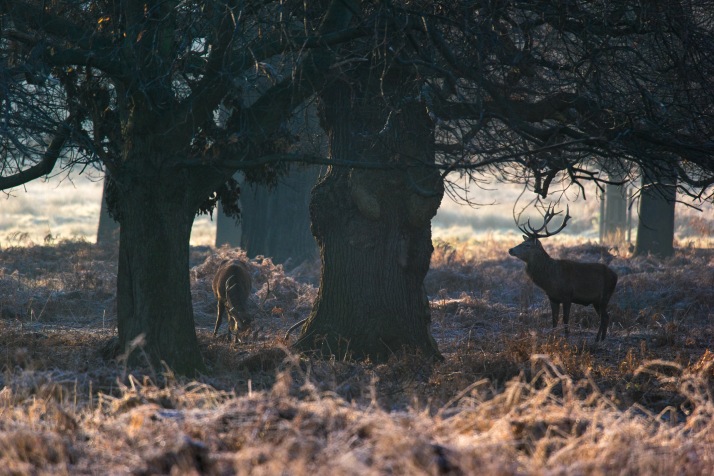 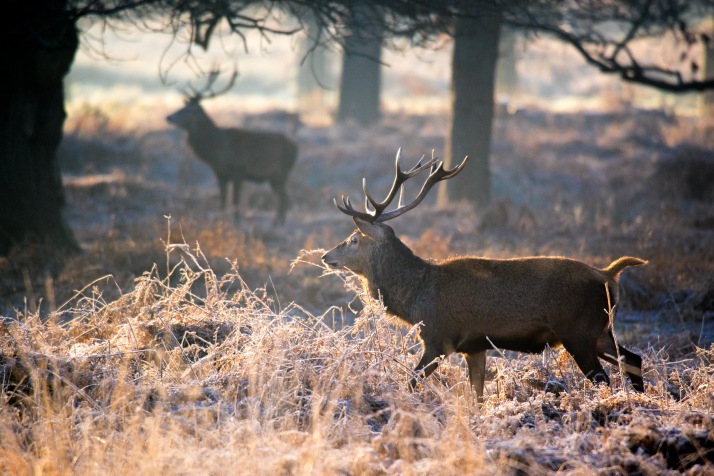 I’d go so far as to say it’s not a proper visit of Richmond Park without a Pen Ponds bacon sarnie – I’ve made myself hungry, back in a bit.

Here’s a pic to look at while I’m gone.

Having lost the morning light I decided to go hunting for Max Bridge’s ‘Deer Hunter‘ photo spot in preparation for my next visit so I turned back around and pottered back South to Robin Hood gate. From there I started my anti-clockwise loop following the stream around the edge of the park back to Richmond Gate in the North – I’d certainly head that way if I was in Richmond Park on a misty morning. 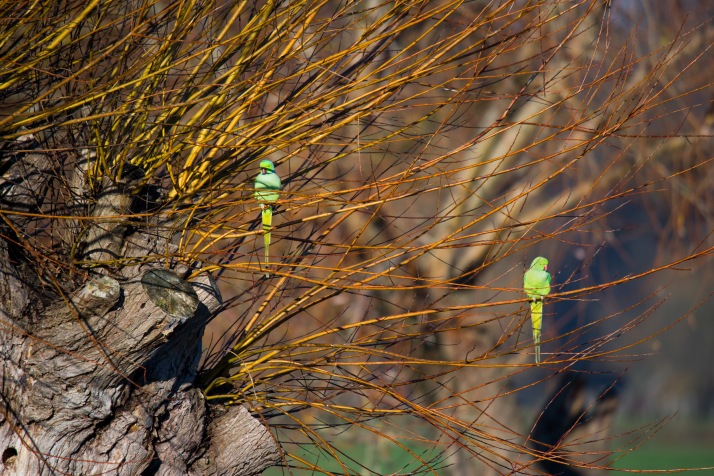 An all mighty racket accompanied this stretch of my walk and it came from, to me, an unlikely source – a pair of parakeets were sat up in a tree. I was half expecting to find someone running around asking if anyone had seen two escaped pets but no, the trees in the East of the park were filled with squawking parakeets. 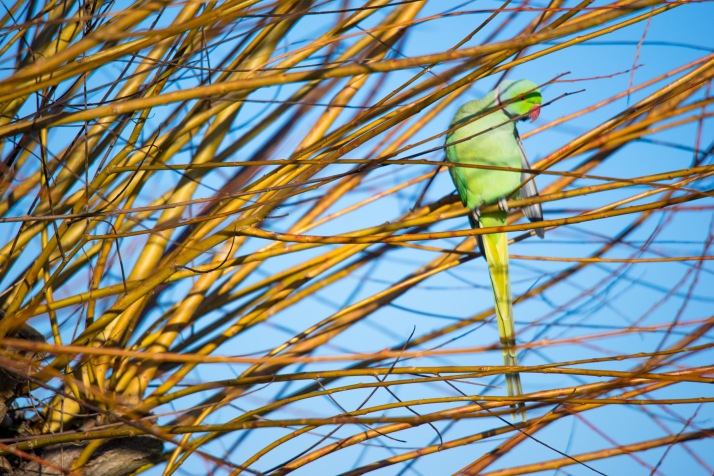 By now we’d reached lunch time and so I started to turn an eye to sunset. This wasn’t due until about 15:30 so, with a few hours to wait, I thought I’d scout out a few locations and, you know, try and find out where the deer had gone. 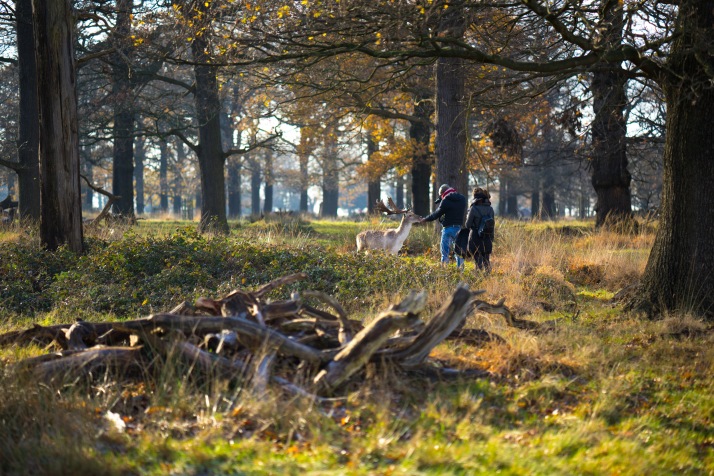 Well they weren’t near Pen Ponds and they weren’t in the West. In fact they were all still where I’d left them in the morning – next to Martin’s Pond. The forecast for the ‘evening’ (difficult referring to 15:30 as the evening) was overcast so I had a sit on the bench next to the Pond and waited to see what happened. 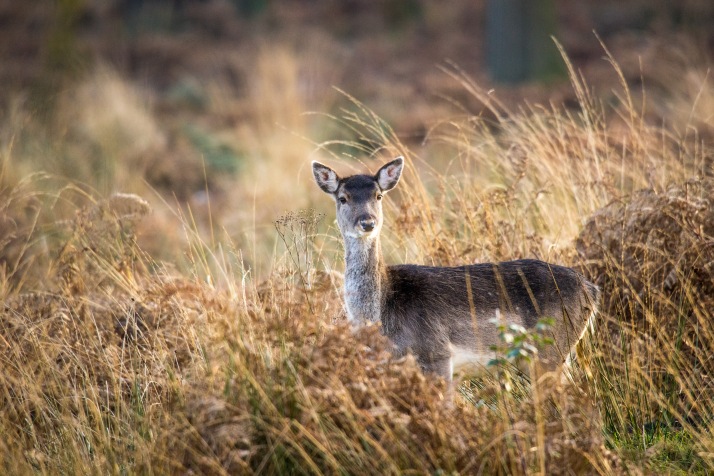 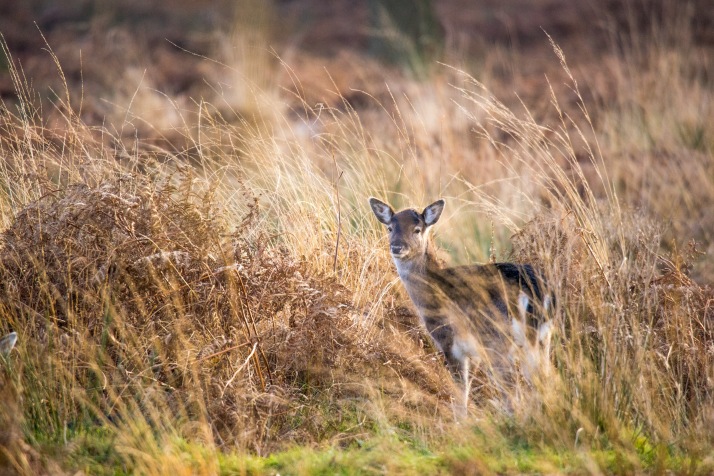 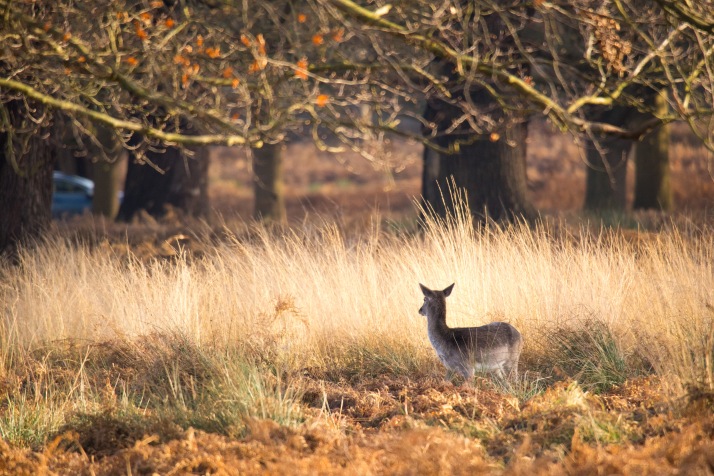 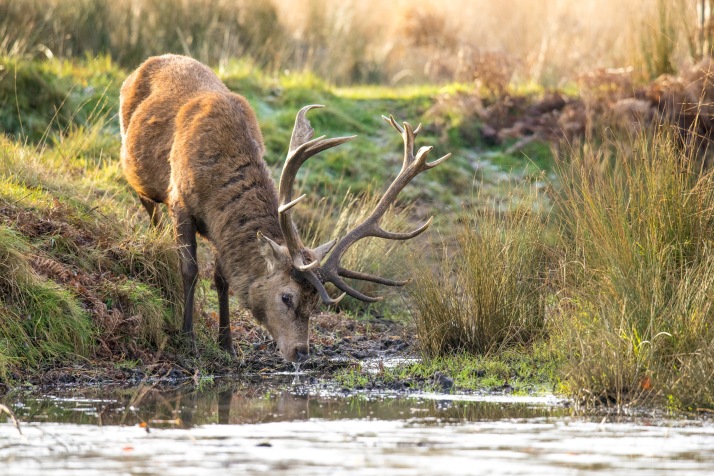 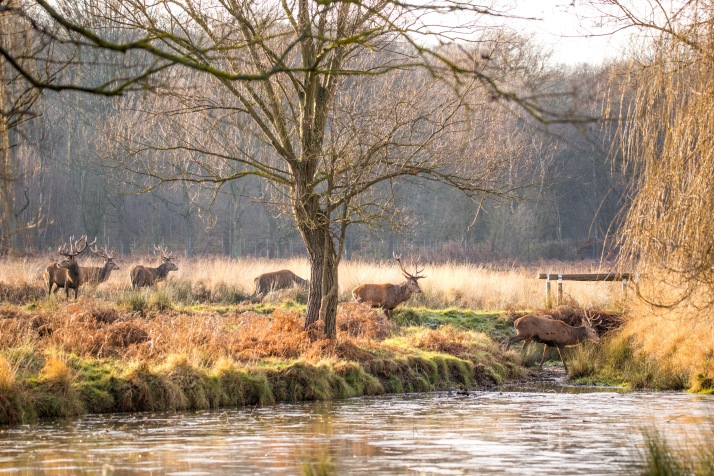 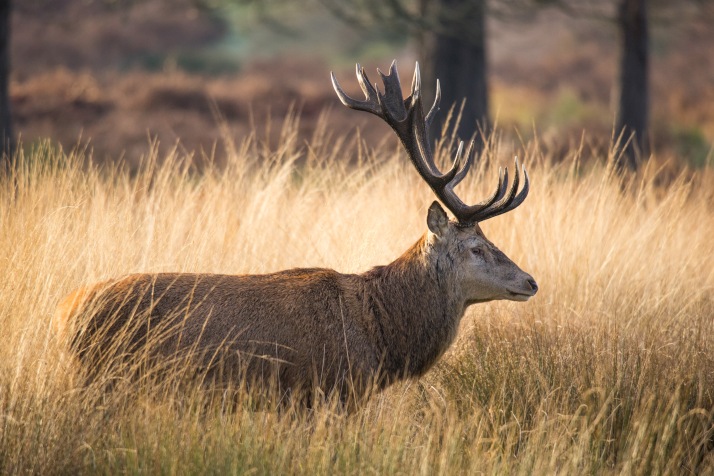 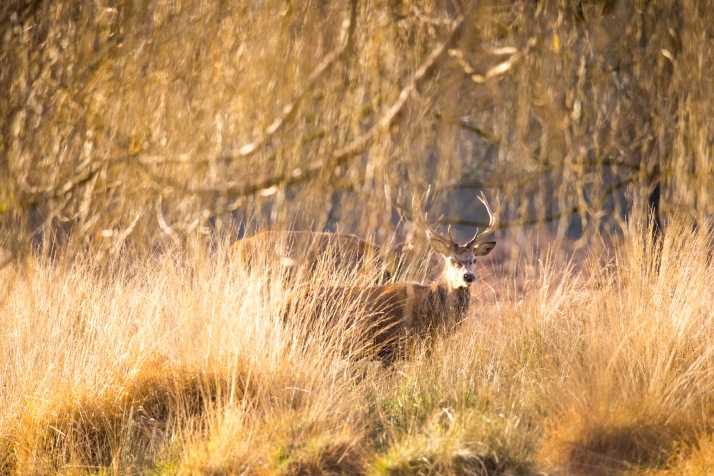 So not a bad haul from my first trip to Richmond Park – I can’t help but think there may be a few more visits in the New Year.

If you visit don’t forget to get a bacon sarnie.